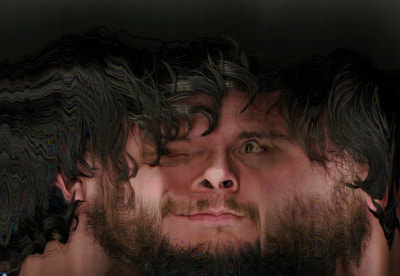 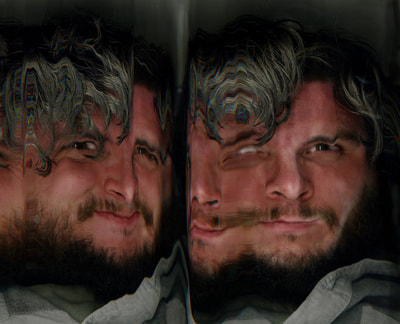 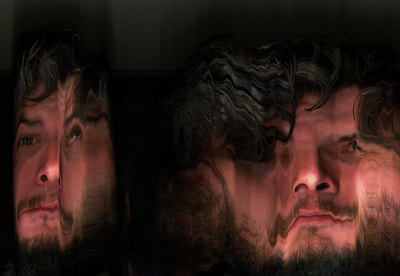 Inspired by the myth of Narcissus, who perished transfixed by the image of his reflection, Renaissance Humainst scholar Leon Battisti Alberti wrote that Narcissus "was the first painter," asking, "what is painting, but the act of embracing by means of art the surface of the pool?" Photography's inheritance of painting's "window into the world" effect, formerly the domain of representational painting is one subject of recent scannogram self portraits.
The images in the series Metamorphoses are influenced by the tradition of classical mythological narratives in oil painting, such as Caravaggio's Narcissus at the Well or Bacchus. The self-portraits in this series are created using a scanner, rather than through more traditional forms of photography. The unsettling process of peering into the cold light of a scanner as it captures one's face mimics Narcissus' dangerous beholding of his image's reflection in the myth. The strong single light source of the scanner, shallow space it creates, and tenebrism value scale all resemble the theatrical lighting conditions Baroque painters employed. Such artists often posed themselves as references for figures within works depicting classical mythological subjects, both as a form of personalizing works and embedding other layers of meaning or interpretation. This process pokes fun at that most self-indulgent, yet potentially introspective form of art, the self-portrait.
Self-reflection in the era of the selfie takes on a different, often dark tone, as embodied by Charlie Brooker's of-the-moment science fiction series Black Mirror. Discussing the inspiration for the show's title, its creator explained: "Because any TV, any LCD, any iPhone, any iPad- something like that, if you just stare at it, it looks like a black mirror, and there's something cold and horrifying about that." I am interested in the way the scanner “reads” forms of the body differently than lens-based photography. Facial features and skin tones assume odd, uncanny hues. In areas of the face, textures have uniquely digital origins and no longer maintain a link to the biological form. Ultimately, I hope to raise questions about the act of self-reflection and authenticity in our current technological climate, while capturing something of the drama of Baroque narratives in a contemporary context. 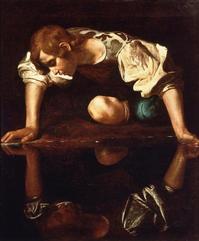