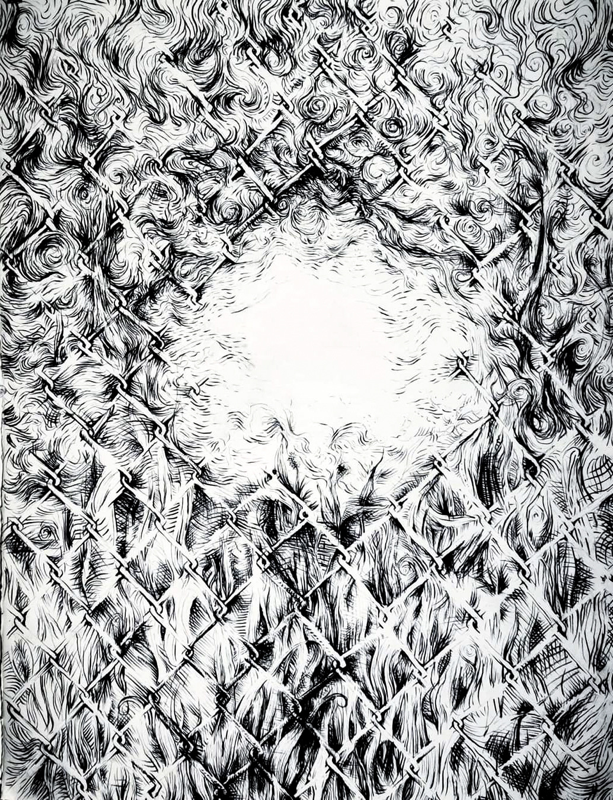 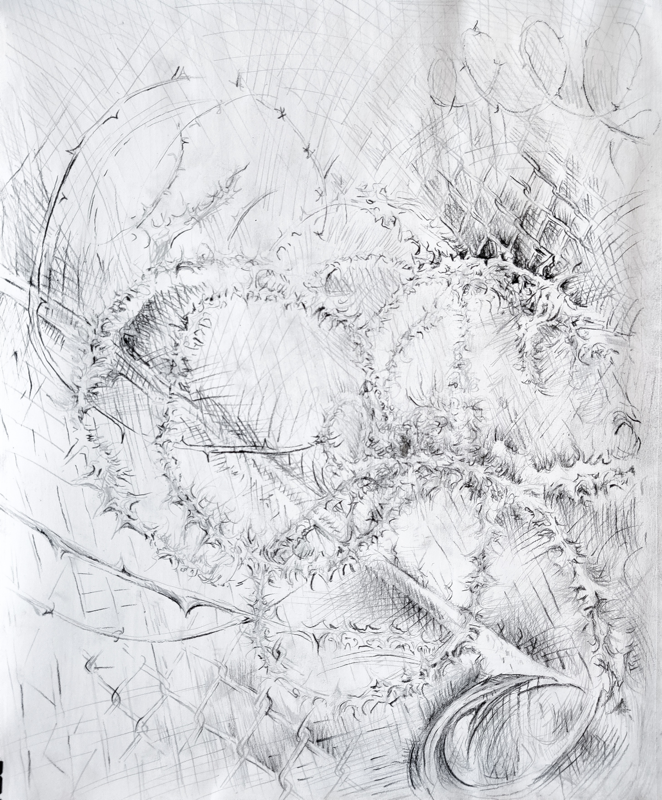 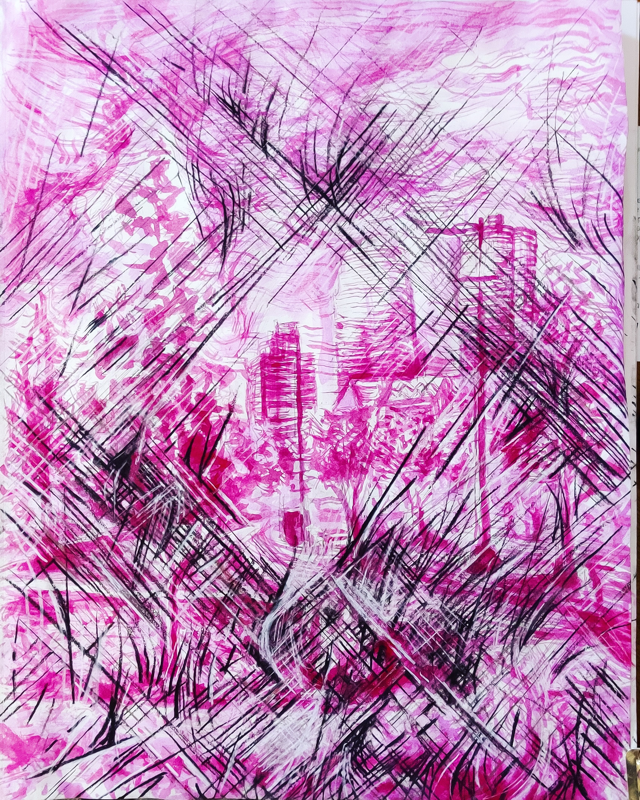 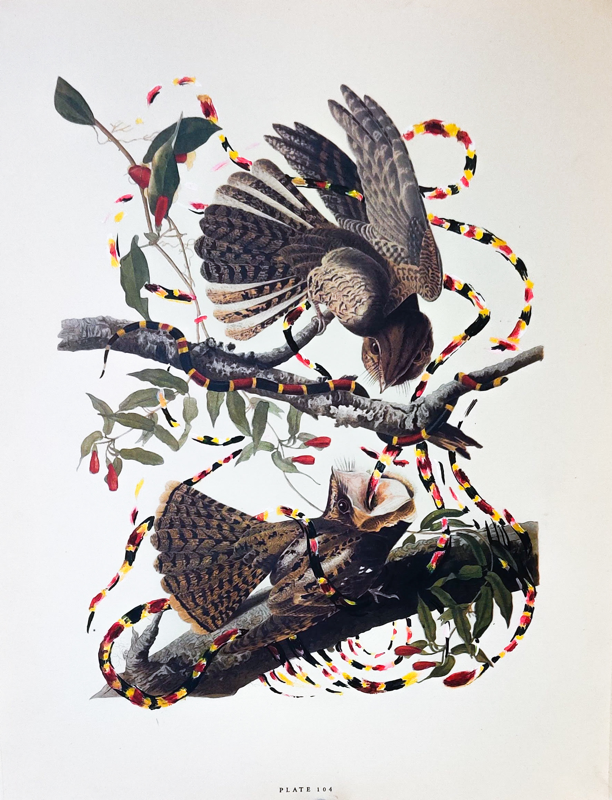 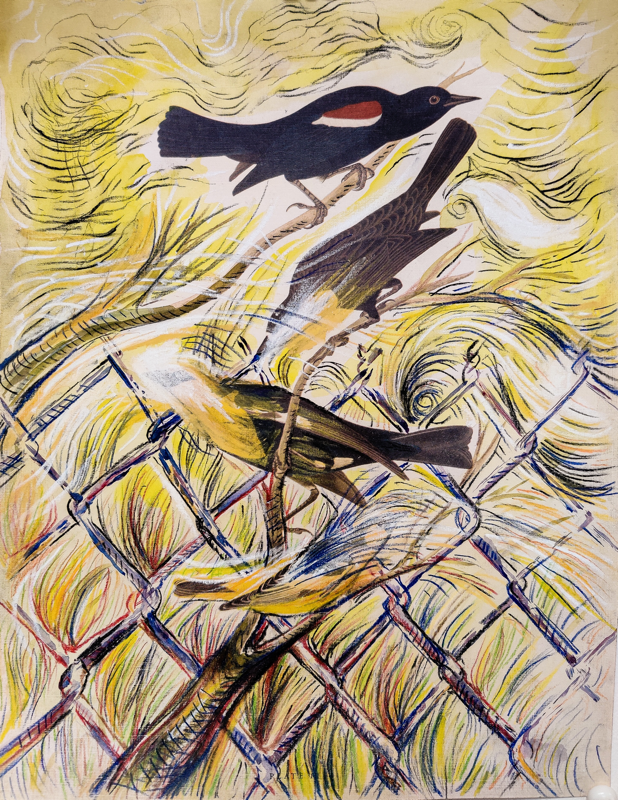 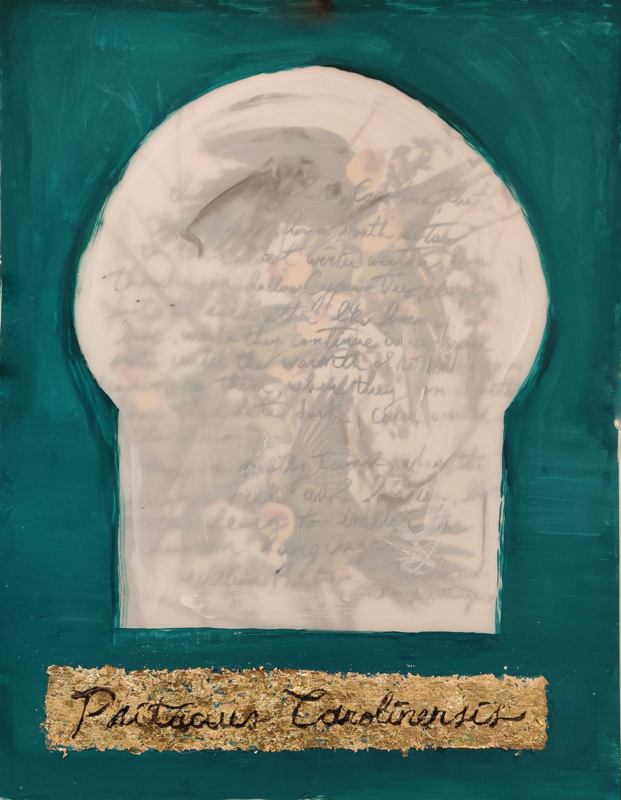 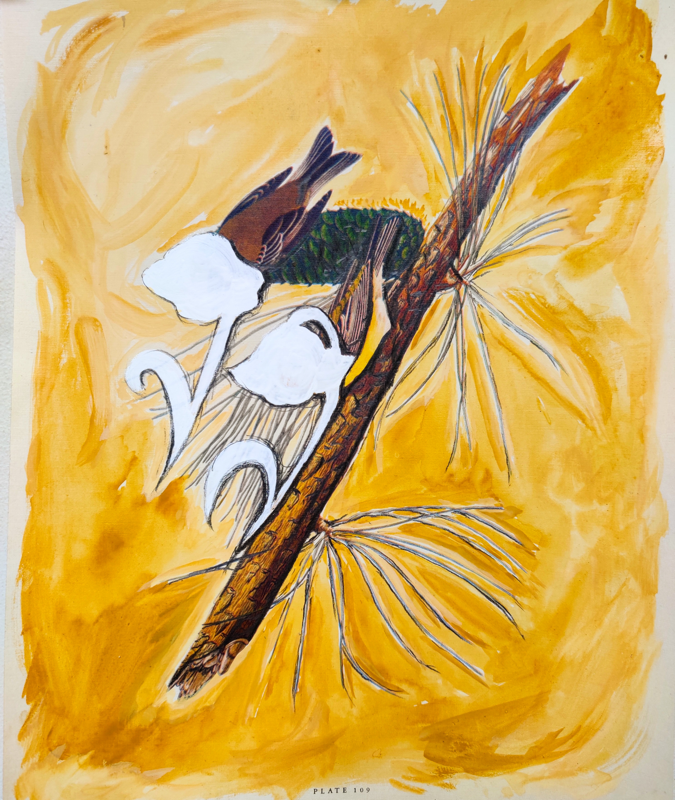 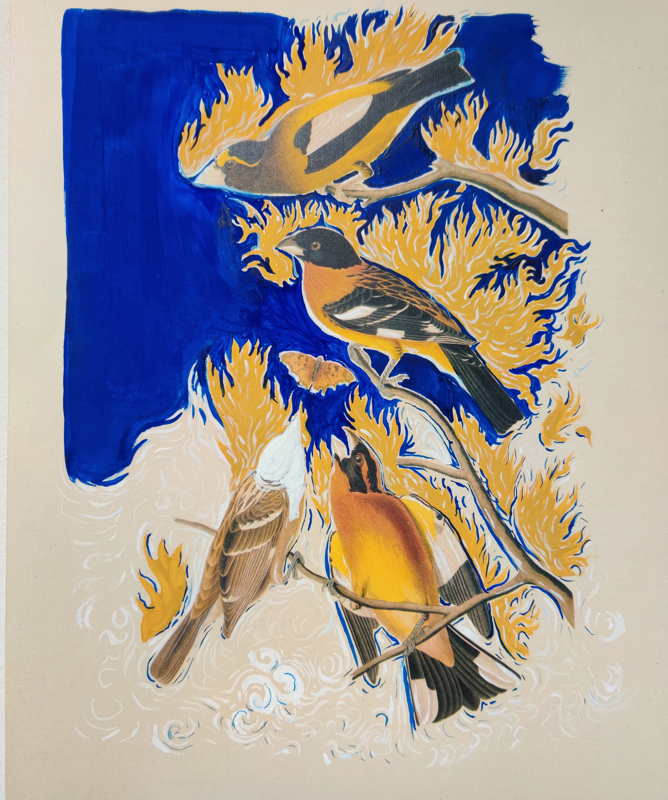 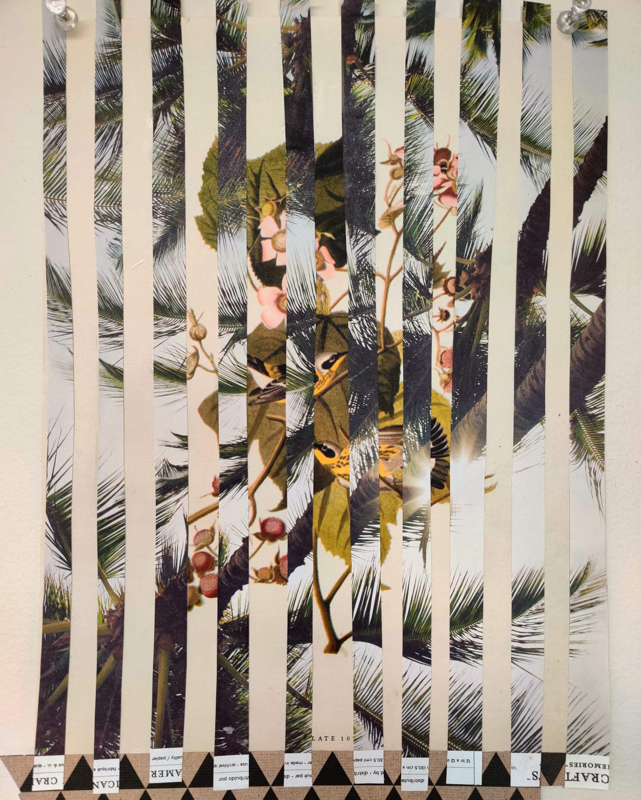 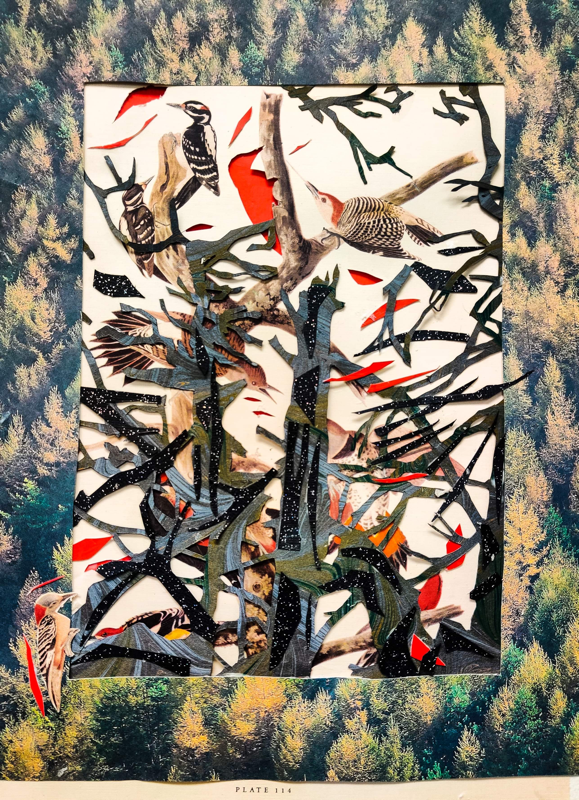 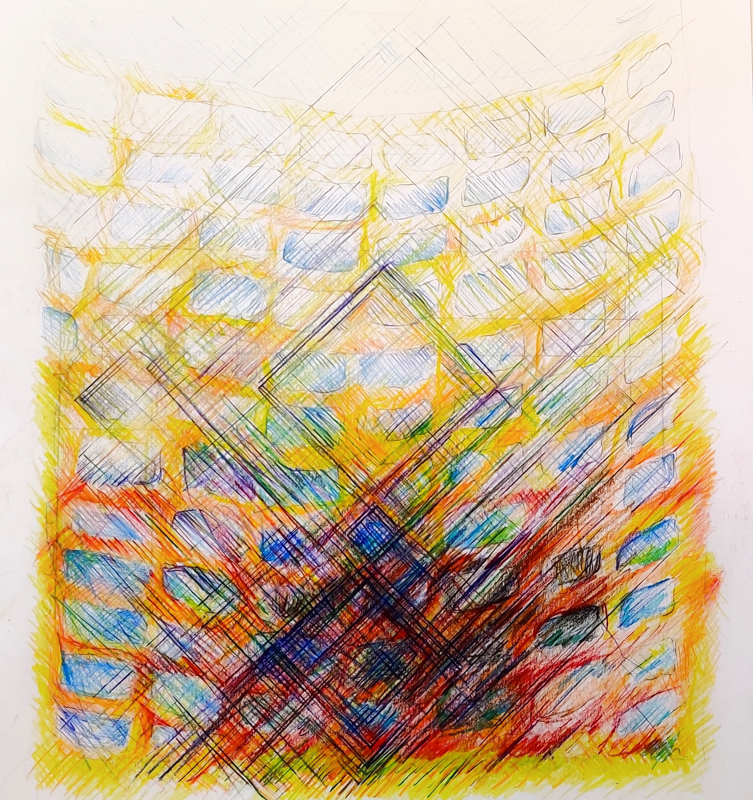 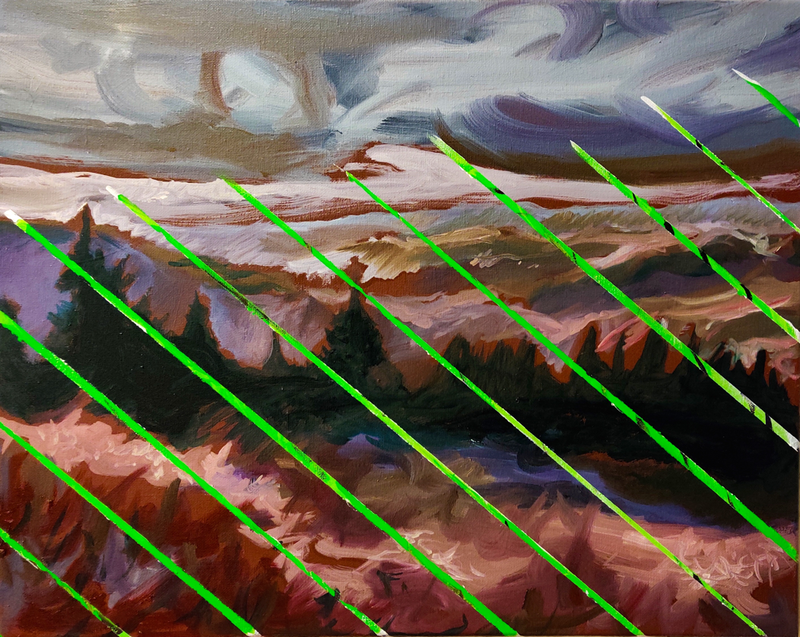 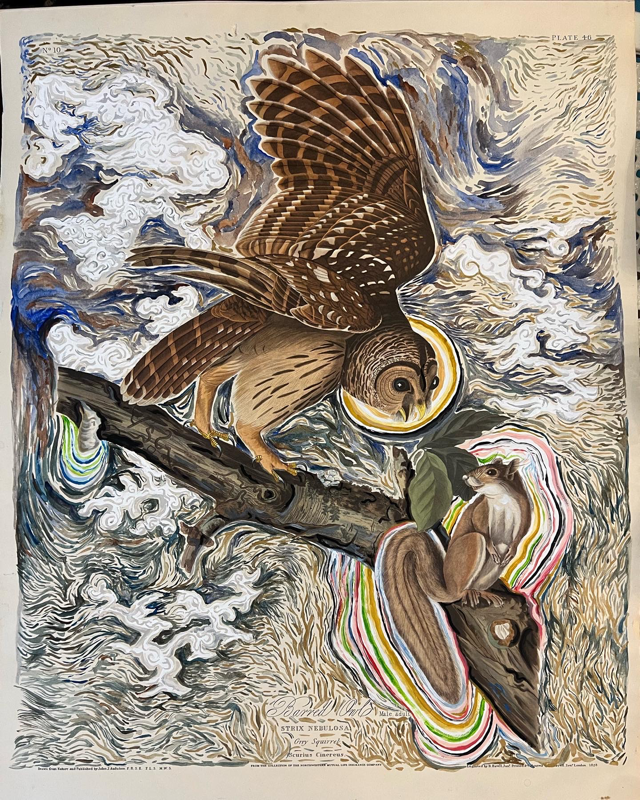 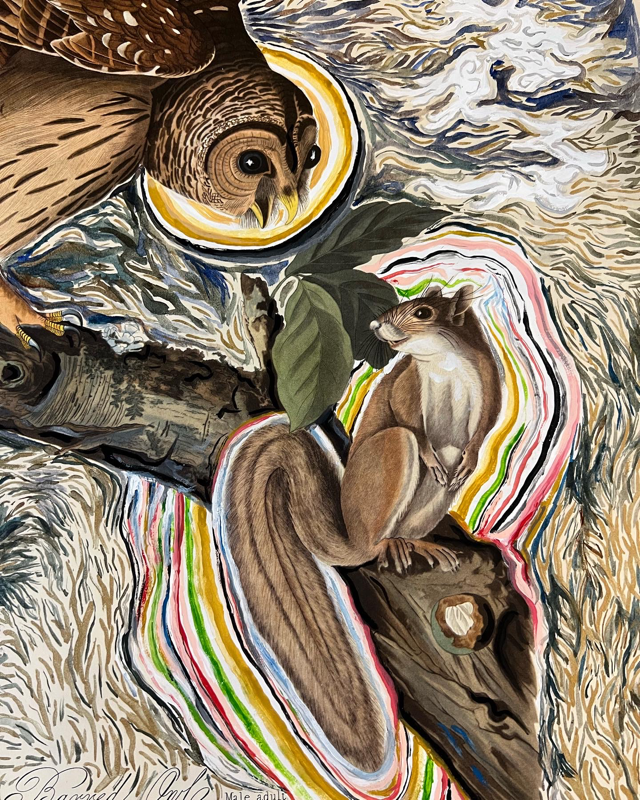 Responding to the reductive quality of the concept of nature, which ecological philosopher Tim Morton observed has been defined as “everything excluding humans,” this series creates a visual analogy to the erasure found in iconoclastic artwork in which certain images are prohibited. Though playful, this series is rooted in a sincere admiration for historic religious art forms including Islamic miniature painting and geometric motifs, Christian illuminated manuscripts, and Tibetan Buddhist art. Using the sincerity of religious language, this series challenges us to imagine a world in which a worldview of nature can encompass humanity within a larger ecological framework.